Hot off the press, these bags are from the recent men's shows in Milan. One of the key trends this season is WHITE. From sporty executions to very formal briefcases, white and off-whites span the full range of men's accessories. In general, block colours were strong but silhouettes remained classic. Mens bags become more influenced by feminine fashion with slouchy silhouettes a key look. Sporty looks were also a strong influence with some nice backpacks on show from dSquared and some interesting utilitarian looks from Costume Nationale Homme. 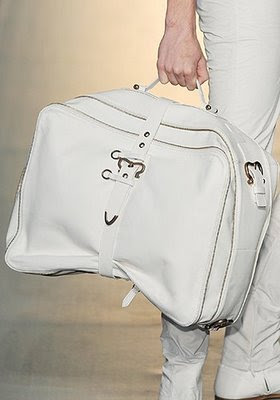 Z Zegna. Inspired by vintage suitcases, this tote is a cross between a hand held suitcase with the functionality of a modern briefcase. 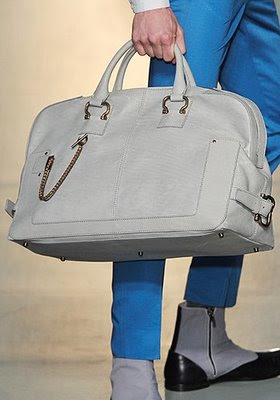 Z Zegna: some interesting hardware going on but more or less a classic vintage gym bag shape in high impact white. I would say a lot of brands are going for the more conservative and less costly option of presenting classic, non-risky shapes with the investment going to luxury materials and high impact colourways. 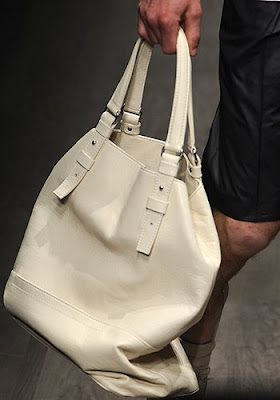 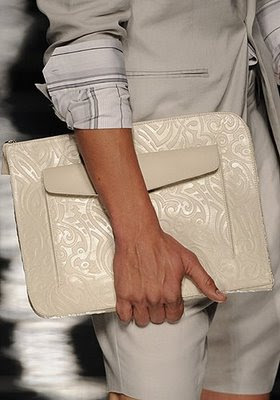 John Richmond: A move on from the document cases presented last season. Pushing the envelope on the feminine styles, this document case features an ornate embossed body leather constrated with a plainer leather. The egg shell or slightly off-white is a slightly warmer variation to the stark iceberg whites of Z Zegna and Gucci. 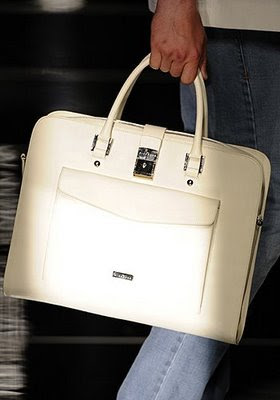 John Richmond: This slimline document / briefcase is highly feminine in its design. Just look at the thinness of the handles and the delicate branding execution. The extra hardware in the lock flap also brings in a vintage feel. 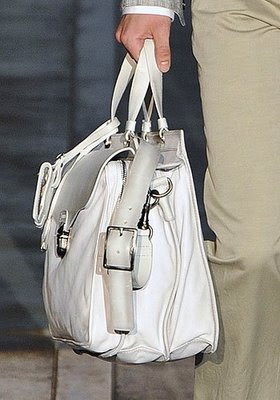 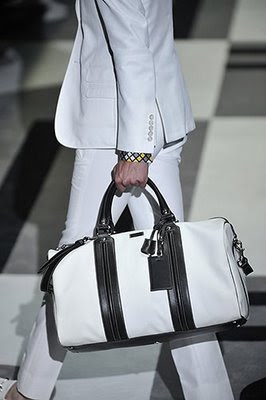 Gucci: this bag is basically a vintage style bowler bag. The contrast between black and white give it a slightly 90s feel. I'm not sure whether i really like this one too much. Not much new except the colour combination. 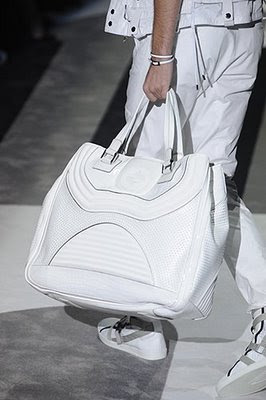 Gucci: I reckon this bag has a slight g-star feel to it. The panel construction is basically the main thing going on. It very much looks like the cross between a sports bag and a fashion style, which, from looking at the overall Gucci show, is maybe the look that they were going for. It has a slighy biker look to it, and looks like it would look much better in black. 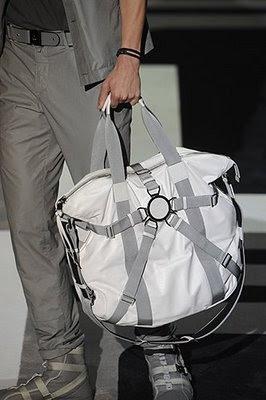 Gucci: Did the designer from G-star going get a new job at Gucci? This bag looks good, but is maybe a bit predictable. 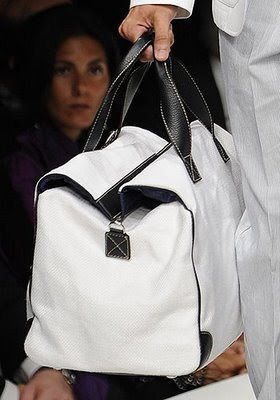 Canali: With quite an italian look, Canali have also gone for the black and white contrasting colourways. The clean style fo bag works and i like the mini corner trims going on. Not sure about the handles. 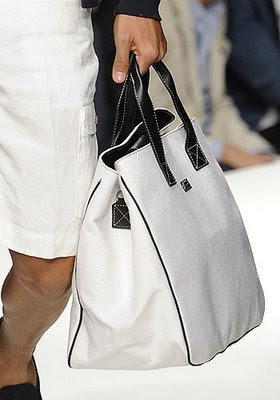 Canali: The shopper version of the above bag. I like the wide base interpretation to the classic shopper, a kind of cross between a tote bag and a shopper. I'm open to other people's comments, please let me know what YOU think about these bags.

each of those bags "have" pushed the envelope on man bags. That portfolio caught my eye..but it was too much being chalk white and embossed. Shoppers and totes are considered unisex? NO! they are mainly for women. I kinda want one but they have yet to make me buy it. Again..with men bags the handle drop lenght should not be over 2' long and they should not be curvacious, they should be tubular. Take that YSL Muse bag in cognac. It has brass circular adornments on the side. That is all wrong, they should be rectangular or square.

Superb blog post, I have book marked this internet site so ideally I’ll see much more on this subject in the foreseeable future!

For more Go check out http://www.viaam.com/upload/Standard-Suitcase-1684874908.aspx?CatVal=35 We have so many designers, A price for every budget and an amazing selection of bags. You can shop by any size, personal style, product, price and we even have a very cool feature so that you can try the bag on and see if it is right for your height.

Thanks for this information.. =) non woven bag

Thanks for this information.. =) non woven bag