I have recently become really interested in draw-string backpacks. Maybe its because i have one at the moment that i bought in Japan which i use for riding my bicycle to work. I alternate between my lightweight (barely there) eastpak basic camo backpack and this cool one i bought in tokyu hands which i LOVE. 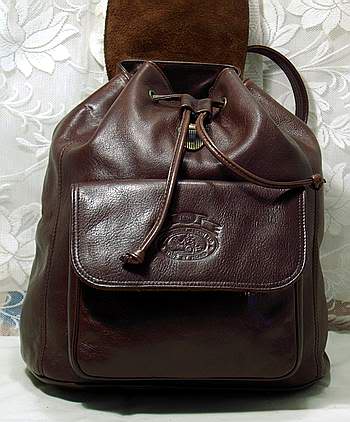 Anyway, back to the point... this one is a PICARD leather backpack, its sort of quite feminine and compact but i particularly love two things about this... 1) that there are so many amazingly detailed shots of this bag, thanks to http://suziefloozie.com which is a superb vintage website that i stumbled upon during a google search. and 2) that its sort of vintage but not really. Its kind of 90s chic which is another style / fashion trend which has recently captured my attention. 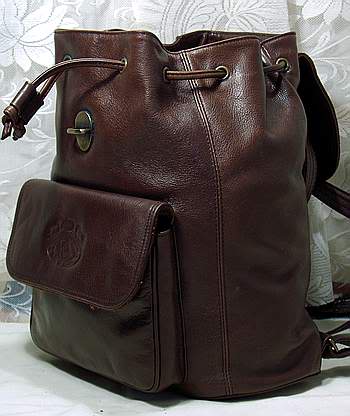 The front pocket (which probably has a magnetic stud) is so neat and i can't quite tell whether it has piping around the front panel of it... i hope not! Not that i hate piping, i just think it needs to be consistent and appropriate. 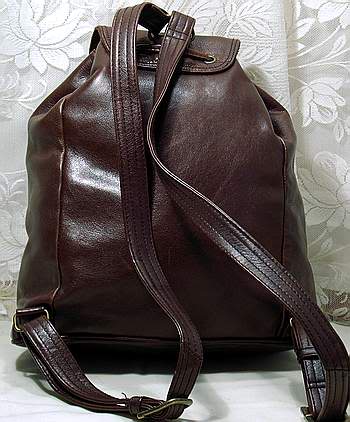 The details of this bag are all just very practical and expected which is what i love about 90s mainstream bag design. Its sort of minimalist in a slightly decorative way. I remember my mum carrying around her drawstring shoulder bag in the 90s and wanted one so badly. Then I think i eventually got one for christmas once but it was alot stiffer than my mums and i didn't like it. Actually i just remembered it was a fake LV one. haha. i hated that it was fake! (these days i probably wouldn't mind - not that i'm condoning handbag fakery. 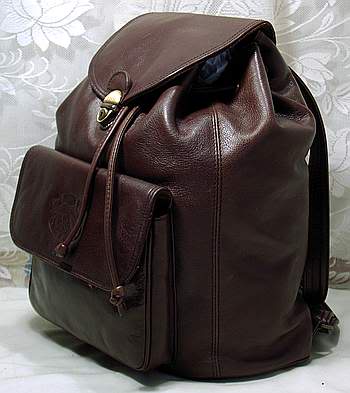 Its funny as the brand PICARD really caught my eye as i have been covering them recently at tradeshows for my current job - they show at mipel still, at least i'm pretty sure that its the same brand, i think i might ask next time... although i'm not covering the show this time as i'm going to be away in THAILAND! YESSSSS. Where i will also be posting lots of my favourite bag sightings. 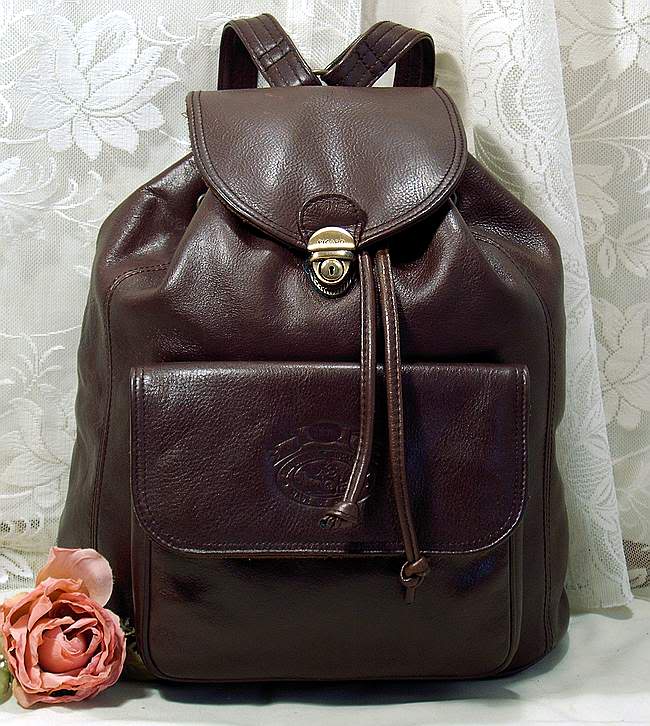 This picture with the fabric rose next to it is super cute. Suzie floozie has obviously gone to alot of trouble in photographing this bag which i really appreciate.
Posted by JACQUI MA

I really like this bag. Is it for sale?