Reporting LIVE from berlin, i'm at bread and butter, reporting for my company WGSN, looking at trends in footwear and accessories. I thought before popping off to dinner with the girls from WGSN and heading to the Puma Dassler party and a few more, i would post a sneaky one (for all 5 of my blog visitors out there) with some of the cool things i have seen today at the show. 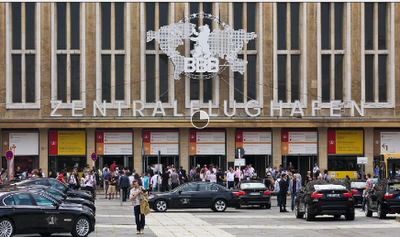 Right now I'm blogging from my hot hotel room. I'm stayng at the arthotel, its a nice place, but the showers are mental. (and i mean that in a bad way) I just spent all day trapesing around a gigantic airport hanger, it was amazing, Bread and Butter has returned to its home - Berlin. It is THE event for streetwear, sports and fashion and its stronger than ever in berlin.

Just to set the scene here are some general pics from the show. 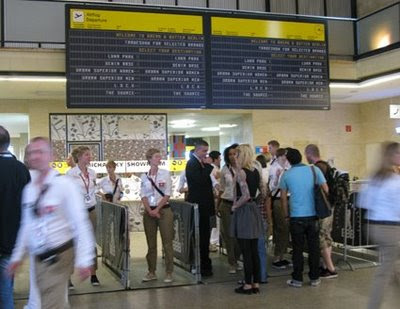 The show actually located in a disused airport - tempelhoff in berlin, its directly out of the 70s and the most amazing location for the show, i can't even describe to you how perfect the setting and organisation was, right down to the very last details. Even the baggage claim conveyor belt was put to good use for displaying hundreds of copies of the Bread and Butter bible for people to take. (or leave seeing they were so bloody heavy!) 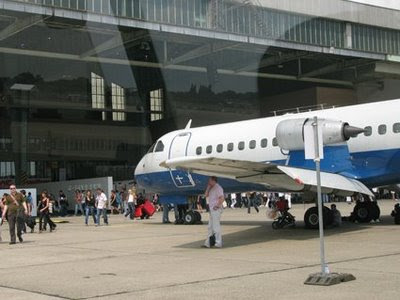 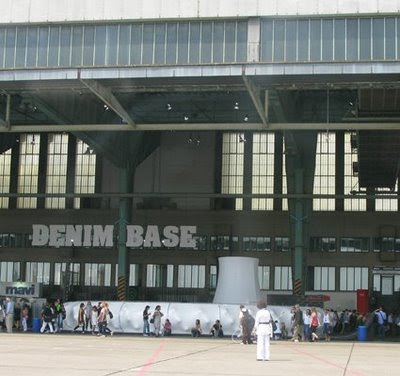 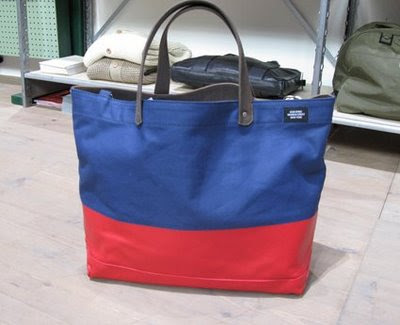 The guys at the Jack Spade stand were amazing. So nice and polite and really happy to have WGSN on their stand. Their bags were, as expected, such amazing quality, understated but also fashionable in that anti-fashion way. The above bag is a canvas shopper with a rubber base detail the rubber 'dipped' detail makes the bag waterproof , a sort of wellie for a bag, what an amazing idea and the colour blocking works so well. 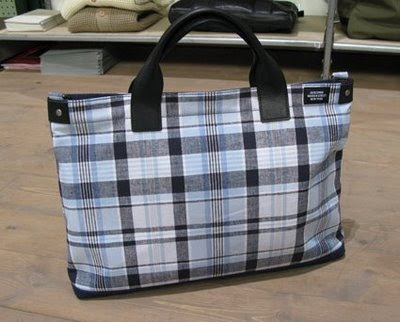 Very much in the preppy look that is so hot right now, by Jack Spade. 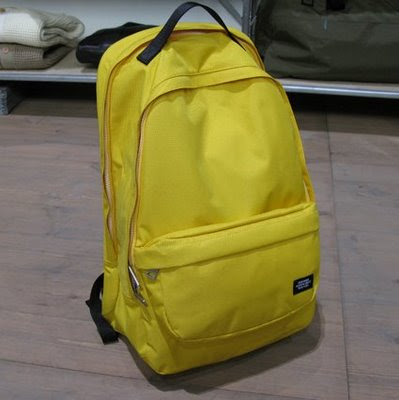 Jack Spade at Bread and Butter Berlin. Love this yellow piece, it would look super with the new Nixon Rubber player which i also spied today! (see below) 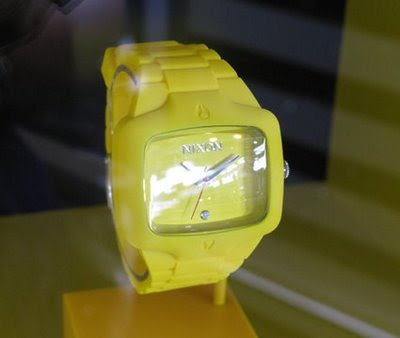 The Rubber Player in yellow by Nixon, my favourite watch brand ever! 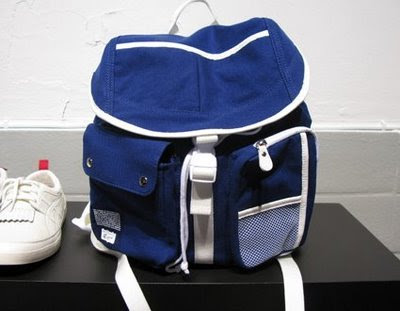 Backpack by Japanese brand Onitsuka Tiger. their stand was amazing. it was playing on their japanese heritage with an old japanese lady doing giant oversized calligraphy with brushes the size of brooms. The product was looking really slick, they mainly do footwear and dabble in some apparel but also have some accessories such as this bag which is part of the Tsuri collection inspired by fishing. The footwear including evolved deck shoes and fishing inspired bags and headwear. 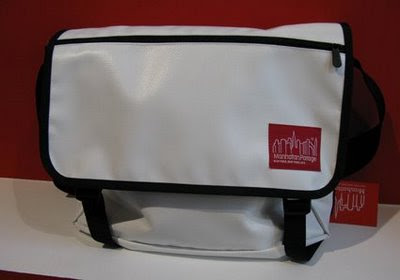 Manhattan portage was also showing for the very first time at bread and butter. The brand has not changed much over the last 10 years or so but that is what we love about it so much. They have started a new sub brand called 'token' which is inspired by the tokens used in the new york city subway. the branding is not as slick as i would say the original red label branding but it aims to branch out into a more feminine oriented line, making use of more luxury materials and feminine detailing.

More to come!!!!! I love bread and butter berlin!
Posted by JACQUI MA